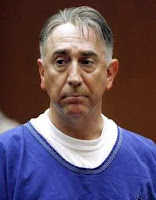 John Keith Drayman, 54, of Glendale, California, has been indicted on charges he embezzled between $304,000 and $880,000 from the weekly Harvest Market, operated by the non-profit Montrose Shopping Park Association in Montrose, California, which he had founded.  According to prosecutors, over a period of 7 years, from 2004 through 2011, Drayman siphoned funds from the Association.  Drayman has been charged with one count of embezzlement, 10 counts of filing false tax returns, five counts of money laundering, three counts of forgery, one count filing a false financial statement and eight counts of perjury by declaration.

Read the story here and here.
Posted by Chris Marquet at 1:21:00 PM

Most Popular Posts This Month