An Iron Station man will spend a decade in prison for laundering money to pay for strippers, jewelry, a Mercedes-Benz and a lavish home.

Staz and his father, William “Bill” Staz were arrested on federal charges more than a year ago, and both later pleaded guilty.

The elder Staz died at the age of 72 in his Huntersville home in May while awaiting sentencing, and his charges were officially dismissed in court Tuesday.

Both men had already admitted in court to using their payroll company to take more than $17 million from clients over the course of seven years. 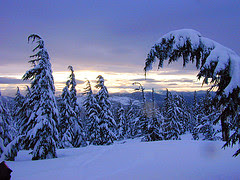 A bookkeeper for a major Vermont nonprofit is under investigation for embezzlement, according to the organization’s top executive.

Hunger Free Vermont executive director Marissa Parisi said Tuesday that the organization believes that the employee may have been embezzling funds for years. The full extent is not yet clear, but she said that the total amount could be significant.

“We actually think the loss could be in the hundreds of thousands,” Parisi said.  ...

The leader of Hunger Free Vermont says an employee embezzled thousands of dollars from the organization's reserve fund, deceiving fellow employees and auditors for about a decade.

Executive Director Marissa Parisi said in a statement Tuesday that she was "devastated" by the discovery.