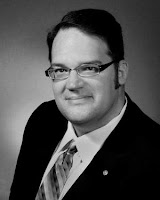 Brian M. Steele, 37, of Endicott, New York, pleaded guilty embezzling some $950,000 from Dataflow, Inc. and its subsidiaries, where he had been employed as company controller. According to prosecutors, Steele misappropriated the funds between January 2005 and June 2010. He pleaded guilty to second-degree grand larceny and second-degree forgery and faces up to 12 years in state prison upon sentencing, which is scheduled for May 2011.

Update (8/25/11): Steele was sentenced to concurrent prison terms of 4 to 12 years and 2 1/3 to 7 years.  According to media reports, Steele "forged company checks, transferred company funds, stole petty cash and opened fake credit cards. The company says he spent the money on a lavish lifestyle that included expensive jewelry and weekend getaways."
Posted by Chris Marquet at 6:07:00 PM