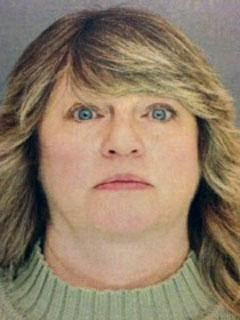 Vickie L. Glatfelter, 49, of Dover Township, Pennsylvania, has been charged with embezzling $347,477 from York County, Pennsylvania where she had served as assistant chief clerk. According to authorities, over a period of more than 7 years, from June 2003 to September 2010, Glatfelter committed 808 separate thefts of refunds for postage meter overcharges that she engineered, depositing the funds into her own accounts. Glatfelter had been employed by the county for some 27 years.

Read the story here and here.

Update (6/2/11): Glatfelter pleaded guilty today and was sentenced to one to five years in prison.
Posted by Chris Marquet at 4:03:00 PM