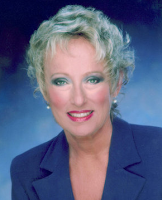 Karen L. Pletz, 63, of Kansas City, Missouri, has been indicted on 24 felony counts alleging she embezzling more than $1.5 million from Kansas City University of Medicine and Biosciences where she had served as President, CEO and Trustee. She was fired in December 2009. According to prosecutors, Pletz caused herself to receive unauthorized additional compensation and engaged in fraudulent reimbursement schemes. Her schemes reportedly spanned at least five years, between 2004 and 2009. Specifically, Pletz has been charged with 16 counts of embezzlement, one count of lying to the IRS, three counts of making false statements on tax returns and four counts of money laundering. She has pleaded not guilty. Meanwhile, the university filed a civil lawsuit against Pletz in March 2010, alleging she spent more than $2.3 million in university funds for her own benefit with little or no benefit to the institution.

Labels: embezzlement, lying to the IRS, making a false statement on a tax return, money laundering