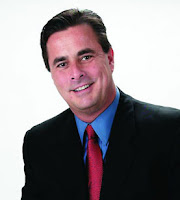 Tom Petters, 51, of Wayzata, Minnesota, was indicted today on allegations that he ran a $3.5 billion Ponzi scheme that since the mid-1990's, defrauded investors all over the world. Specifically, Petters was indicted on 20 counts of wire and mail fraud, conspiracy and money laundering involving Minnetonka-based Petters Group Worldwide, his primary holding company, and Petters Company Inc., the investment arm of the group. Several other executives of the company, including Deanna Coleman, Robert White, Michael Catain and Larry Reynolds, have all pleaded guilty in the case. Coleman has acted as the primary whistleblower and government informant in the case. The fraud involves a scheme to solicit cash from hedge funds, money managers and other investors to buy consumer electronics for resale to retailers such as Costco and Sam's Club. Prosecutors say the electronics never existed and the fraud simply fueled the extravagant lifestyle of Petters and the other executives.